Who cares for the public trust? 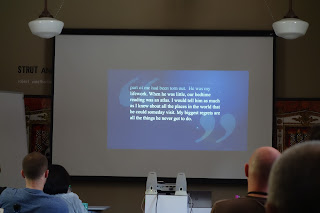 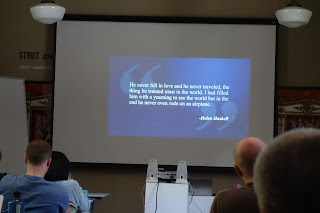 The story of Lewis Blackman’s untimely and unnecessary death always leaves an empty feeling in the hearts of our Telluride Patient Safety Camp participants–especially when they read his mother’s summation above.  It also leaves them with tremendous admiration for Helen Haskell, who has used this terrible experience to help the next generation of doctors and nurses reduce preventable harm in hospitals.

The case is bad enough in itself, but how much more of an insult to the family was the publication of an article in a medical journal.  As I have noted:

Less than a year later, an article was published in the Journal of Pediatric Surgery (J Pediatr Surg. 2001 Aug;36(8):1266-8.), authored by Lewis’ surgeon and others.  The authors described the application of the minimally invasive surgical technique used for Lewis.  They pointed out that in 20 cases studied:

“Average length of stay was 5.5 days. There were no early complications. Mean follow-up was 12 months. . . . One patient had a prolonged hospital stay of 7 days because of postoperative pain.”

How could these study results be correct when Lewis had died the previous November, just a few days after the surgery?

We have to assume that the sampling of patients used by the authors ended in a manner that excluded Lewis’ case.

Helen brought this issue to the attention of the editor of the JPS:

You may imagine my surprise when I read the opening sentence in the results section of this article, “There were no deaths either after the MIRPE or the MRR.” Lewis was a healthy child who died as a result of complications of the pain management regimen for the MIRPE procedure. Pain management has been a major problem for this procedure. While there were certainly standard of care issues involved in his death, that surely can be the case with any surgical complication, in any institution. This outcome can by no stretch of the imagination be considered irrelevant to a discussion of complications of this surgery.

The retrospective chart review in this study was structured so as to terminate four weeks before Lewis’ surgery. While this may technically provide a rationale for failing to mention what can hardly be considered an inconsequential complication, it cannot help but raise questions about the intention of the authors, three of whom were intimately aware of Lewis’ case.

The response was vacuous, with:

the editor saying the article had been “peer reviewed by three editorial consultants.” He acknowledged that “the patients in the study . . . preceded the date of your son’s experience,” but “based on the information you have provided, the content of [the] manuscript would not be altered.”

I mention this aspect of the Blackman case again because I have seen too many similar examples–  cases in which an ambitious surgeon with a new technique or using new equipment takes on a case without providing full disclosure to the patient or family about the potential for increased risk compared to proven methods.  Some hospitals are complicit in promoting such “experiments” by not requiring IRB approval (i.e., human subjects review) or approval by some peer ethics committee.  They (surgeon and hospital) do this for business reasons, to offer themselves in a competitive marketplace as having “the latest and the best.”  The surgeon then writes an article proclaiming the success of the new procedure, but that article seldom or ever looks at the long-term consequences, and it never indicates why–in terms of risk to the patient–the new procedure went forth in the first place.

Even in an era of increased patient advocacy, we can’t expect the Helen Haskell’s of the world to take on surgical or other specialist societies and their associated journals.  Absent action by the doctors or hospitals themselves to apply appropriate standards, it lies with regulatory agencies or the press to publicize these ethical lapses.  To date, in my judgment, both groups have often failed in their protection of the public trust.

This site uses Akismet to reduce spam. Learn how your comment data is processed.